MICHIGAN DIVISION, WNF&GA
Please consider making a donation to Daffodils4Detroit. Your gift of $25 will plant 125 daffodils.
Click on button below to make donation
Click to Make Donation to Daffodils4Detroit
​The Daffodil Luncheon April 20, 2022​​
Detroit Yacht Club on Belle Isle
Maurice Salad Luncheon & Shopping Opportunties
Tickets are $45 until the end of March. From April 1 to 12, tickets are $55, if available.​ 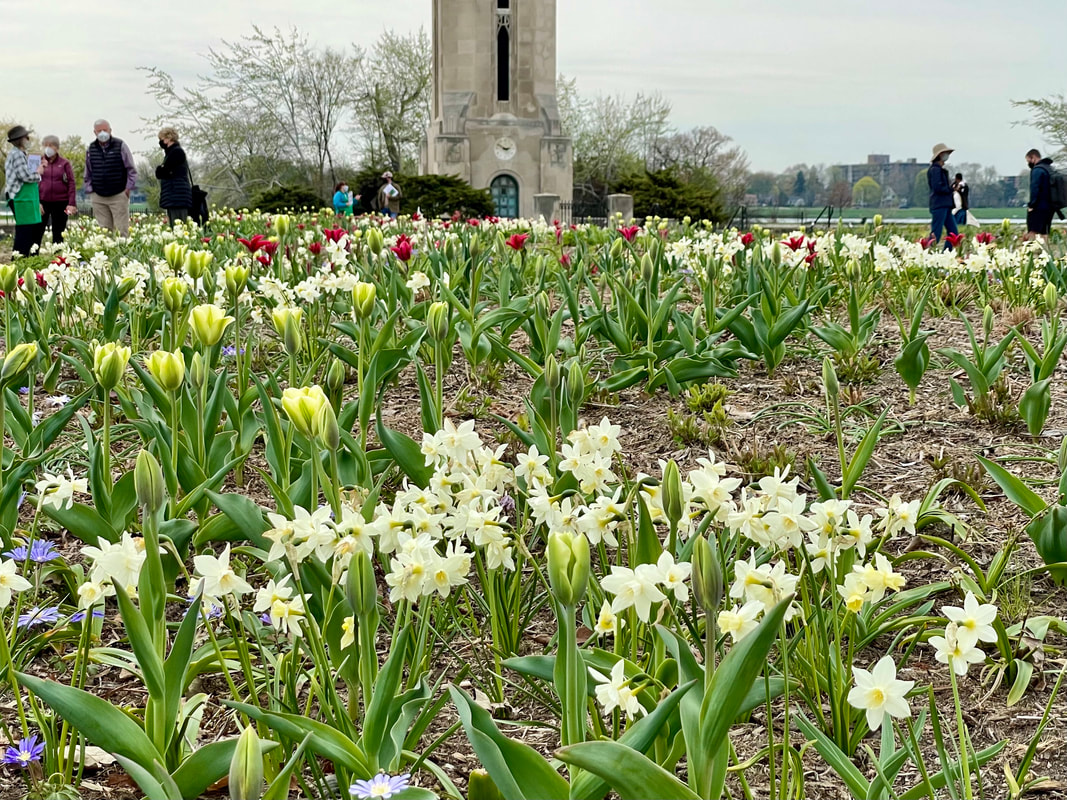 Click on photo to go to Oudolf Garden Detroit website Photo: Kathleen Krasity, April 2021
What to expect on Daffodil Day in the Piet Oudolf Garden.
The April 2021 photo shows that daffodils play an important
part of the spring bulbs in bringing color to the Oudolf Garden.
Piet Oudolf chose jonquilla hybrid daffodil Narcissus "Sailboat"
with white petals and a pale yellow cup to compliment
white and green tulip Tulipa viridiflora. ​
​ A "rock star" of landscape design, Piet Oudolf's gardens are defined by bold drifts of perennials and grasses. Using the seasonal life cycles of  plants, he creates gardens of interest in all seasons. His style, both ecologically aware and artistic, is referred to as the "new perennial" garden.
​
Since his earliest gardens in his native Netherlands, Oudolf has designed gardens around the world. His most influential works are Chicago's Lurie Garden, opened in 2004, and New York City’s High Line which opened in 2009. 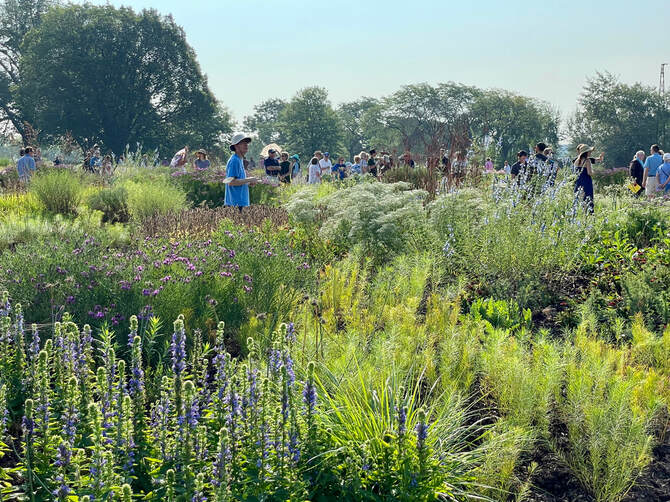 The garden's wide variety of plants, native and exotic, provide food and shelter for many animals. It is home to a multitude of pollinators, butterflies and birds. Bald eagles are frequently spotted nearby.