MICHIGAN DIVISION, WNF&GA
In 2009, Claudia Scioly, a Farm & Garden member, heard Lynden Miller, a New York-based public garden designer, speak at a fundraiser hosted by the Bloomfield Hills Branch and chaired by member Cecily O’Connor. Miller, who has transformed numerous New York City garden areas, believes public parks are vital elements of any city, connecting residents to nature, improving quality of life, and even impacting business opportunities. One of Miller’s projects particularly appealed to Claudia – the Daffodil Project, founded in 2001 as a living memorial to those who died in the September 11 attacks. Since that time, New Yorkers for Parks has distributed more than five million free bulbs and New Yorkers have planted them citywide, providing beautiful swaths of spring color and symbols of hope across the urban landscape.

In Detroit, Belle Isle has long been a popular gathering spot for residents and visitors alike. But as the city struggled, so too did the island, falling victim to neglect in many areas. Claudia saw the parallels between New York’s Daffodil Project and the need for hope and beauty in Detroit, and set out to make it happen.

In 2010, founded by Claudia and in collaboration with Cecily O’Connor, the first Annual Daffodil Day at Belle Isle luncheon was held to celebrate the planting of 3,000 daffodils on the island. The effort became an official Michigan Division project in 2012, and since then we have planted more than 300,000 daffodils to celebrate Belle Isle’s restoration and the resurgence of Detroit. Our goal is to plant one daffodil for every resident of the city – 700,000.

The Belle Isle Daffodil Project has become a true community effort, garnering strong support from a variety of sources: the Belle Isle Conservancy, Michigan Department of Natural Resources (now managing the island as a state park), local businesses, school groups, and others. Proceeds from the April luncheon and other donations fund the purchase of bulbs. Each fall, volunteer groups from Farm & Garden branches, schools, companies, nonprofit organizations, and the MDNR come together to plant thousands of bulbs in various locations.

The Belle Isle daffodils are now an eagerly anticipated rite of spring for many metro Detroiters – people call the Conservancy to ask if the daffodils are blooming, and make it a point to view the glorious sight of “a host of golden daffodils, fluttering and dancing in the breeze,” as captured in the timeless poem by William Wordsworth.

Join the Michigan Division in this uplifting effort – attend the annual luncheon, make a donation, help plant bulbs this fall, and spread the word. 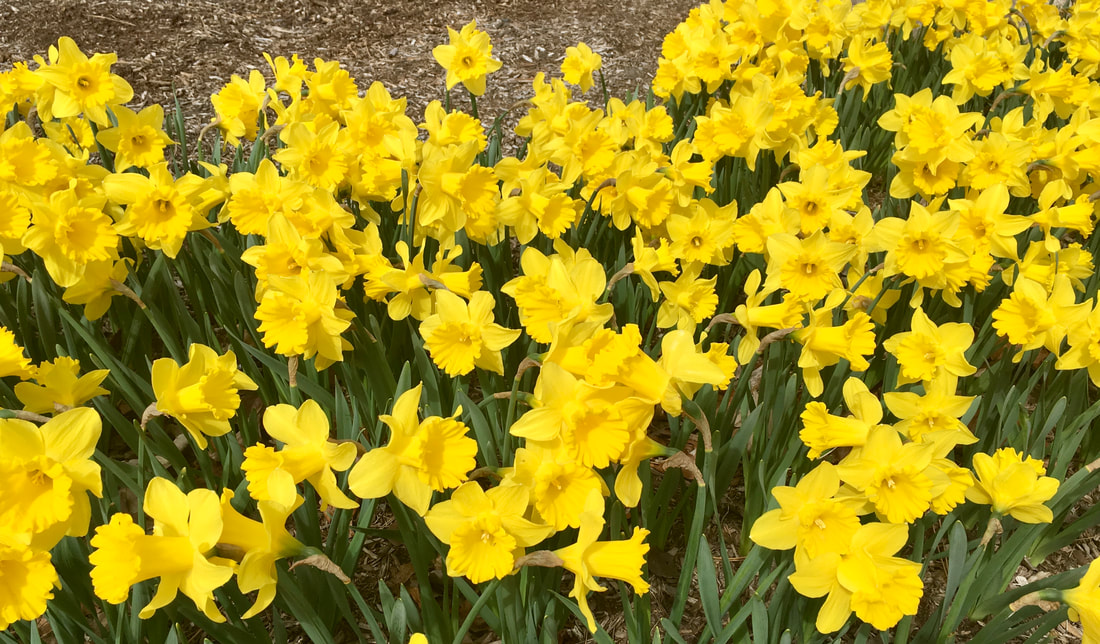